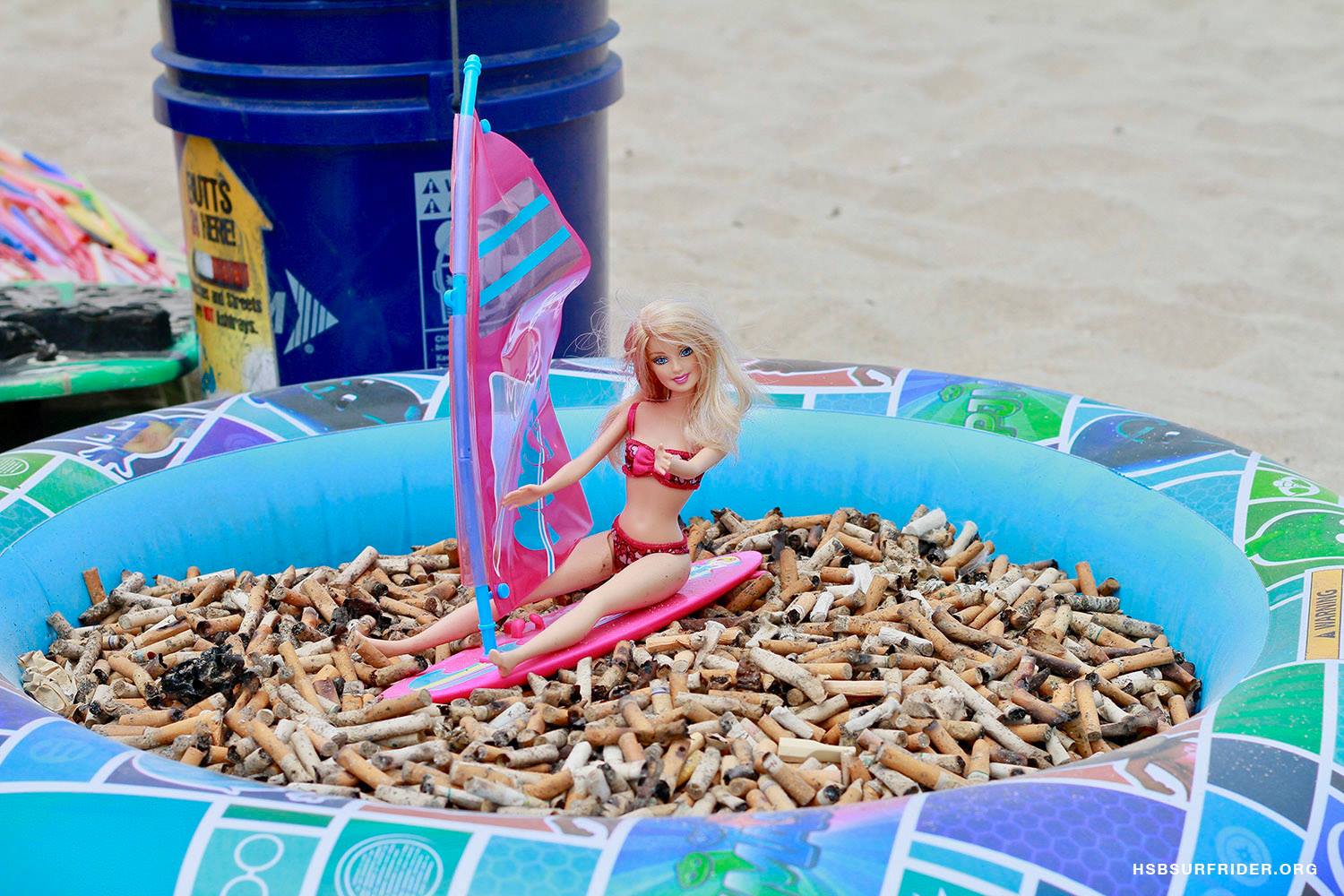 Hold On To Your Butt

Our Chapter has adopted Surfrider’s “Hold On To Your Butt” program and here's a few reasons why:

• It is estimated that several trillion cigarette butts are littered worldwide every year. That’s billions of cigarettes flicked, one at a time, on our sidewalks, beaches, nature trails, gardens, and other public places every single day. In fact, cigarettes are the most littered item in America and the world.

• “Discarded cigarette butts are a form of non-biodegradable litter. Carried in runoff from streets to drains, to rivers, and ultimately to the ocean and its beaches, cigarette filters are the single most collected item in international beach cleanups each year. They are an environmental blight on streets, sidewalks, and other open areas (International Journal of Environmental Research and Public Health, May 2009). 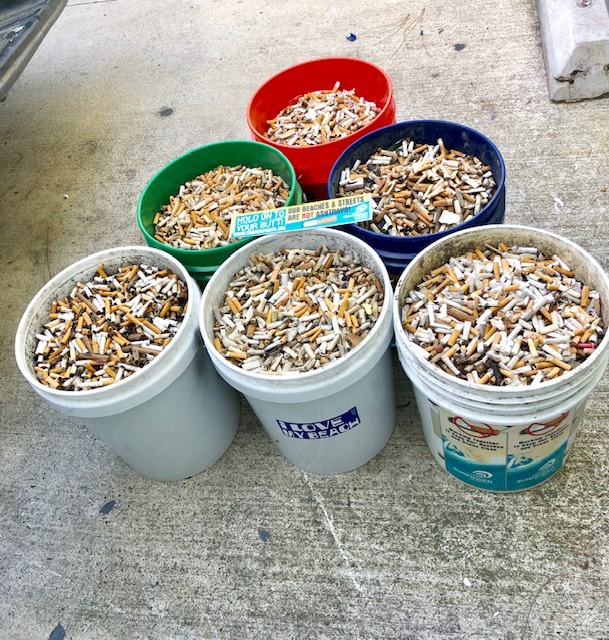 Here are a few “Not so Fun" Facts:

• During the Ocean Conservancy’s 2008 Annual International Coastal Cleanup, U.S. communities reported that cigarette butts were the most littered item on roadways, beaches, and sidewalks-representing 28% of items collected.

• Many smokers incorrectly believe cigarette butts are made of biodegradable cotton. Cigarette filters are made of cellulose acetate, NOT COTTON, and they can take decades to degrade, but never fully decompose.

• Not only does cigarette litter ruin even the most picturesque setting, but the toxic residue in cigarette filters is damaging to the environment. Cigarette filters trap chemicals and when submerged in water the chemicals leach into ecosystems, threatening the quality water and aquatic life. 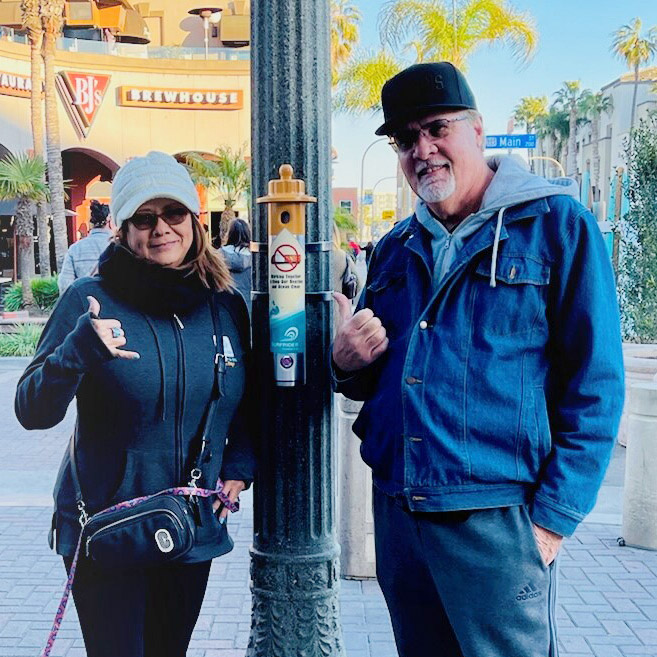 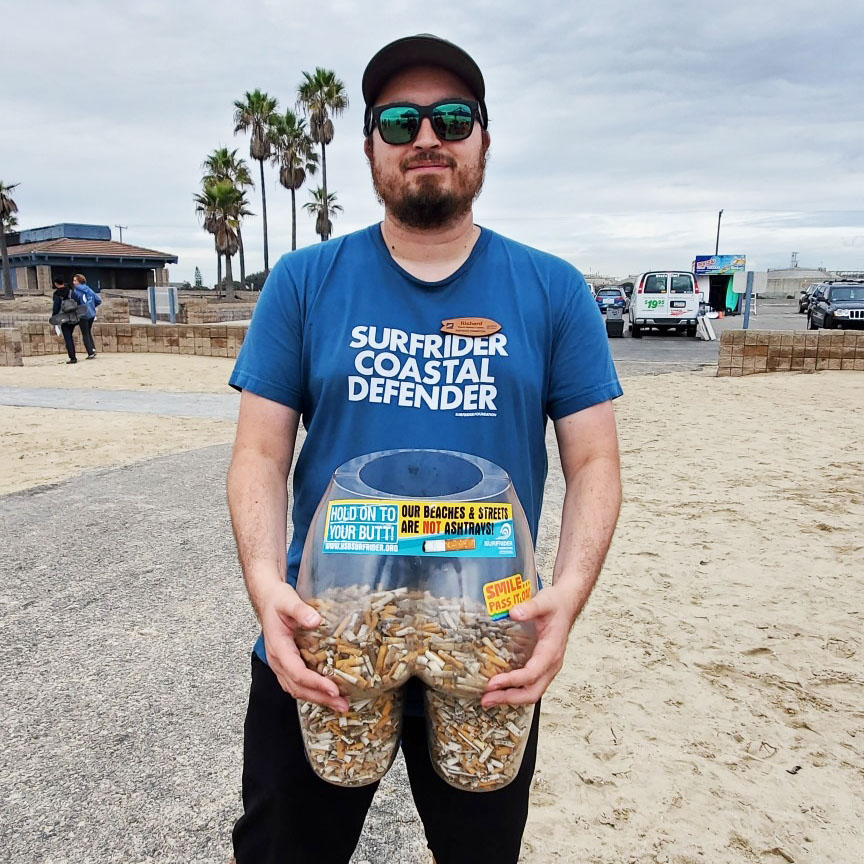 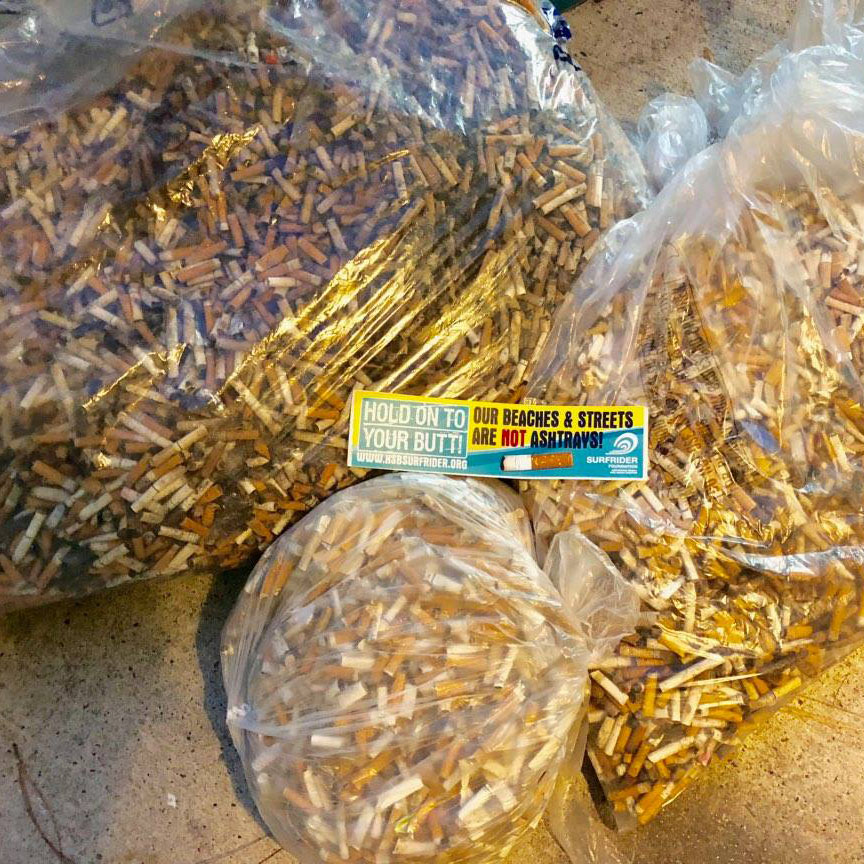 The Goals for Surfrider’s “Hold On To Your Butt” campaign include:

• Increase public awareness about the problem;• Advocate for better enforcement and implementation of littering/smoking laws;

• Educate consumers about the impacts of tobacco litter on the environment.

To raise awareness and reduce pollution, the Hold on to your Butt campaign will be working on the following projects:

• Handing out personal ashtrays to smokers

• Generate community awareness through participation in the annual Hold On To Your Butt Day where activists gather at busy intersections to remind smokers that butts are litter too. 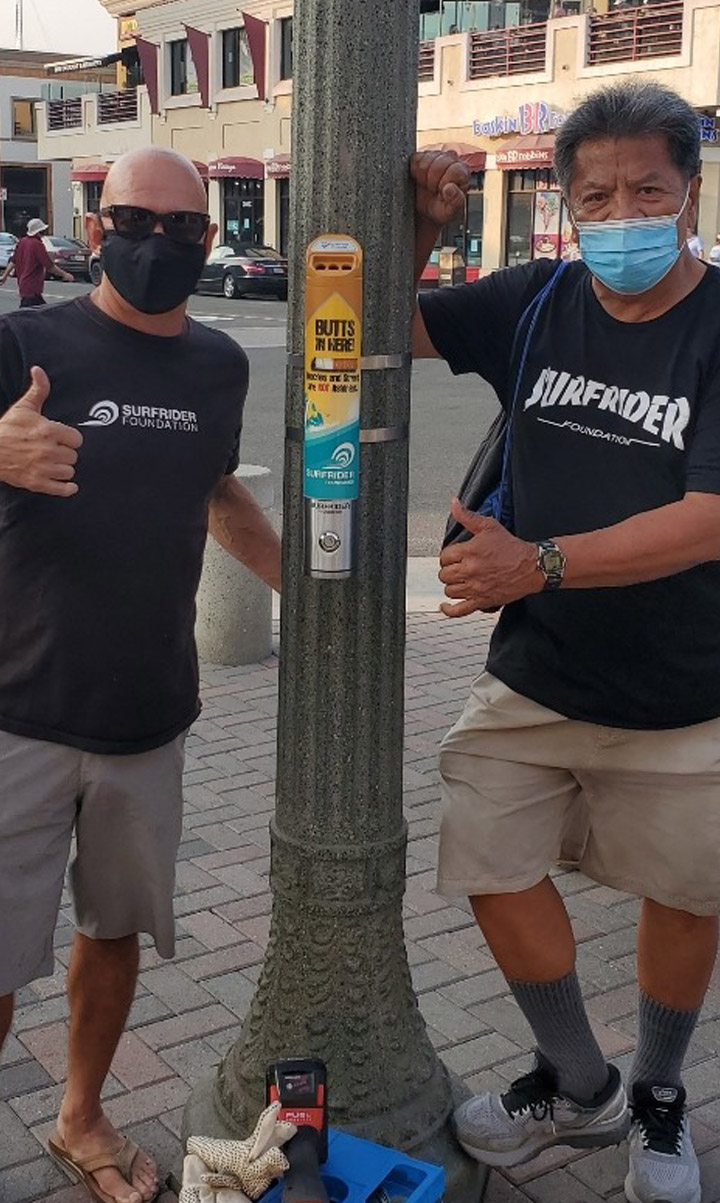 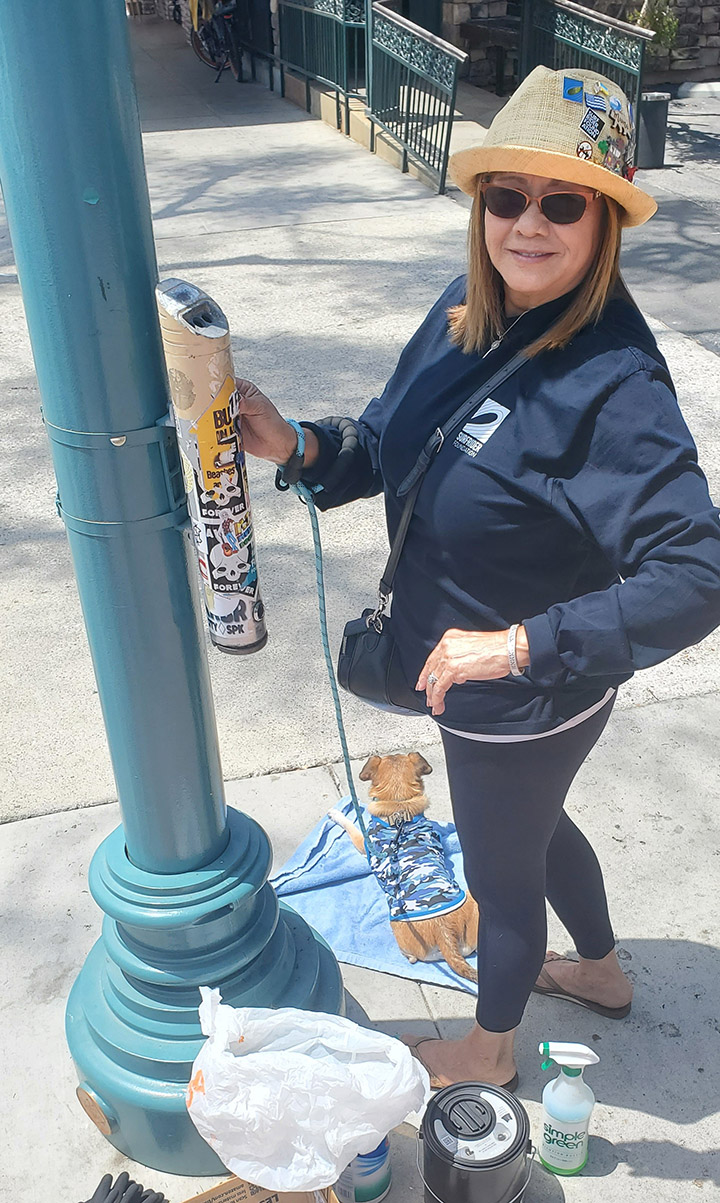 Currently we have over 50 Cigarette Canisters placed throughout the Cities of Huntington Beach and Seal Beach. Our HOTYB team empties them monthly.

We've collected nearly 1,000,000 cigarette butts in over 12 years through our impactful HOTYB Program. These butts are shipped to TerraCycle and recycled into useful items like Park Benches, Tote Bags, Plant Pots and other cool and very useful items!

Our Chapter's programs operate solely on your kind donations 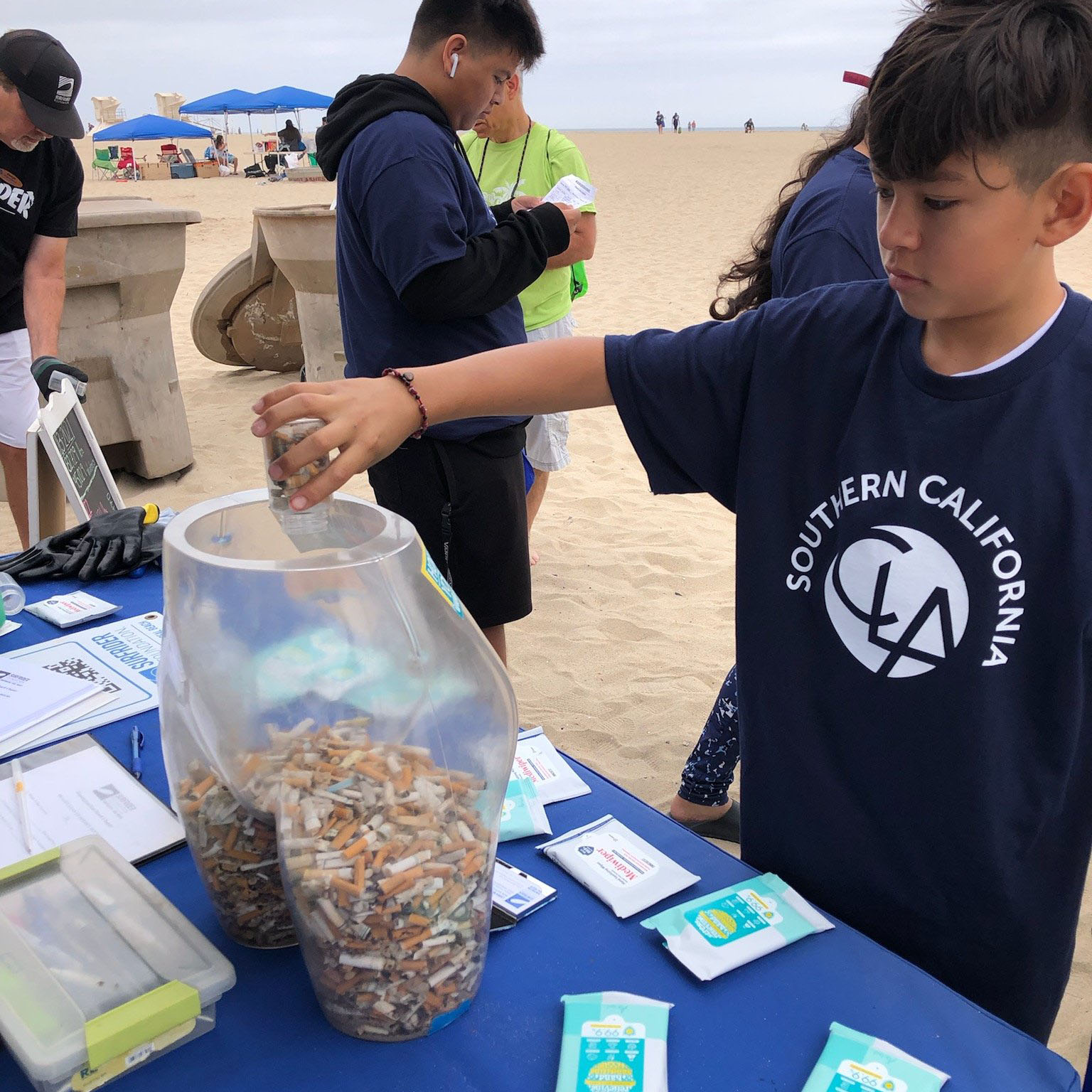 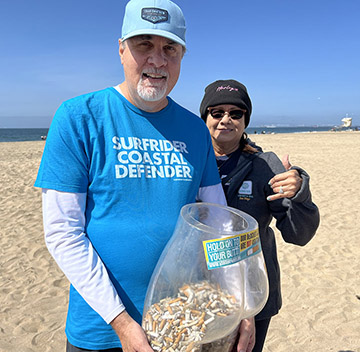